Putting the community at the heart of the church. 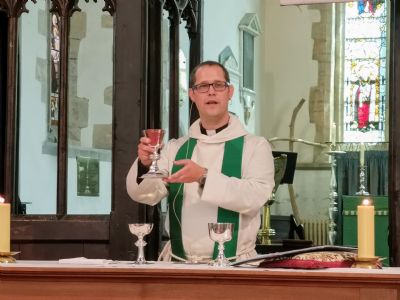 We are delighted to welcome the Rev'd. Michael Bigg, who has been curate in the villages of Brampton, Grafham and Ellington. Michael's licensing and induction service will take place on 13th September 2020 (attendance will be by invitation only). Here is a little about him.

Michael grew up in Cambridge (just off Mill Road), attending the Netherhall School and then Hills Road Sixth Form College. After 4 years of working in IT as a self-taught programmer, he felt the lure of finding out more about his faith and went to Durham to read Theology for 3 very happy years.

After returning to Cambridge to complete an MPhil in New Testament studies, he trained as teacher of RE. Michael spent a challenging year as the only RE specialist at what was The Manor in Arbury, he then settled at Comberton Village College and became Head of Department.

While teaching at Comberton he met his wife, Kathryn, and they were married in 2012. Shortly after being married he gave in to the call to ordination (you can ask him about that, if you like!) and so entered the discernment process.

In 2015 he started training for ministry at Ridley Hall and was ordained in 2017 to serve in the parish of East Leightonstone (Brampton, Grafham and Ellington) in Ely Diocese. Here he greatly valued the sense of village community life and was heavily involved in encouraging all three congregations to develop their own gifts.

Michael is a great believer in lay ministry and loves to see all of God’s people exploring the gifts God has given them to use for the flourishing of the church and surrounding communities. He is looking forward to discovering the things that God is already doing in both Girton and Madingley and hopes to find that there are many ways in which God’s faithful (and would-like-to-be-more-faithful) people might seek to serve in the years to come.

Kathryn is a maths teacher and she’s currently working on an artificial-intelligence-based online maths learning platform. She and Michael have three boys: Matthew (6), Thomas (4) and Joseph (2). They are a lovely handful.

In Michael’s spare time he likes to do a range of things including reading, cryptic crosswords and chess. He is hoping that having a ½ time job will allow him the capacity to take up playing the trumpet and (perhaps) cricket again.

Please pray for Michael and the family as they prepare to move; he’ll be praying for you. Please also pray for the parish he’s leaving, as their Rector will also be moving on shortly before Michael comes here. 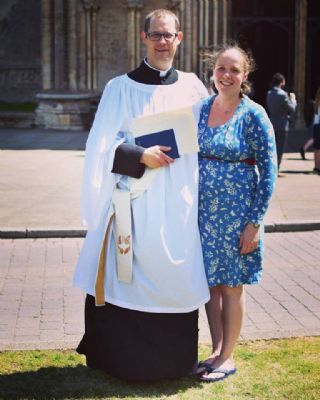